There's a lot of misinformation out there on the internet - writing presented as fact that has not been checked or verified. Unfortunately a certain portion of the internet population lack critical thinking and accept what they read on face value as the truth, without questioning it.

That said - every so often I check the web for new and existing information on the Popeye cartoons. I was surprised when I typed 'Abner Matthews' into the IMDB search that it took me directly to the credit listing for Abner Kneitel - all of Abner Matthews' credits have now been attributed to Abner Kneitel. I believe it was because of this post. I can't prove they were the same person - it was a conjecture based on some facts and a hunch. Someone took it upon him/herself to make sure that it's now a fact - at least according to the internet.

Another stop for misinformation is Wikipedia. The person who included the uncredited Popeye animators on this page has clearly made huge assumptions. Much of the correct information had been taken from this blog, but the stuff that wasn't is just guesses. I don't mind educated guesses accompanied by qualifiers stating that they are guesses, but the information here has been presented as fact.
Same with the The Popeye Fan's channel on youtube. Many wild assumptions in the listing of uncredited animators here. The owner of this channel had even misidentified Jim Tyer's animation (a no-brainer as far as ID's go) so you can be sure many of the other uncredited animators attributes are garbage. This person also has an Abner Kneitel fetish. Practically all the Popeye cartoons he's posted have animation attributed to him - and that's simply not true.

The persons (or person) associated with the above acts lack the knowledge to know that not every animation crew had the same members over the years. Some animators were shifted around to other crews - especially during the late 30's and early 40's. And even if an animator was part of an established crew he didn't necessarily work on every Popeye cartoon assigned to that crew. Unfortunately there is little to no documentation of who animated what in each of the Popeye cartoons and most of the uncredited animators still remain a giant puzzle. So - if you visit these sites, go with a skeptical mind and don't believe everything you read. 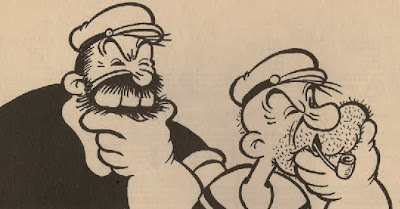 Many Golden Age animators moonlighted during their off hours doing comics and freelance cartooning. Jack Ozark was no exception. He had a passion for sports cartooning that started while in grade school drawing for 'The Criterion' - Patterson (New Jersey) Eastside High School's monthly magazine. Jack used samples of those sports cartoon to secure a job at the Fleischer Studio in 1932. (more on that later) Following is a small sample of the vast amount of cartoons that he did during his lifetime. 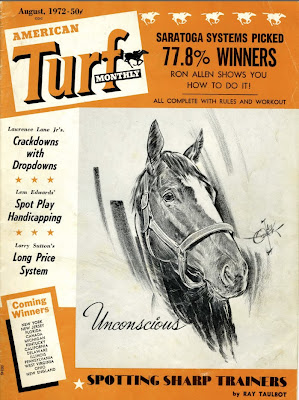 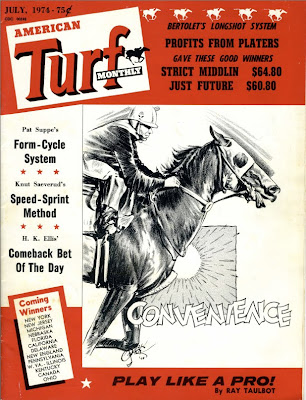 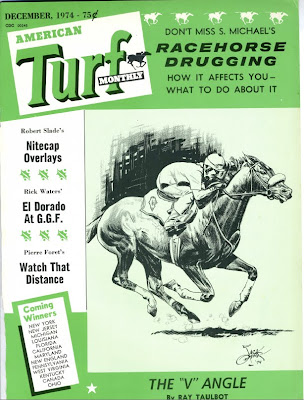 Click on image to enlarge
Excerpt from a home movie shot of Jack Ozark and his showing at Filmation.
(Big thanks to Jack's daughter Ellen for supplying the material used in this post)
Posted by Bob Jaques at 6:20 PM 1 comment:

After my last post speculating the possibility of Abner Kneitel and Abner Matthews being the same person I got the following email from Seymour Kneitel's daughter (and Max Fleischer's granddaughter) Ginny. Here's her thoughts on my conjecture:
About Abner perhaps using the Matthews name to avoid nepotism issues. I totally doubt that. I think the nepotism thing is overstated, and don't think the Fleischers worried about what existed of it. It's true there were a number of people in the family working at Fleischer Studios, but most were his brothers who had specific skills Max utilized early on... and they mostly then stayed on with the company. Other family that worked there were Max's daughter (Ruth), Seymour (Ruth's husband, who worked there before they even dated), a family member who ran the cafeteria (badly, I understand), and I think that was pretty much it. I've read an interview that said something like 30 relatives worked there (no way!) and read one that said Izzy Sparber was a relative -- definitely not true.

But I do agree it seems likely that Abner Kneitel and Matthews are one and the same. Here's my 2 guesses as to why... one, it may have just looked funny on the title to have 2 people named Kneitel getting screen credit, so they came up with the idea of Matthews.

The other possibility is Abner may have changed his last because the name Kneitel was cumbersome and people usually mangled it when they pronounced it. My father, early in his career changed his name to Seymour Knight for that very reason, all his early work is signed 'Seymour Knight,' which professionally he thought was an improvement. Ultimately he found no one remembered the name Knight, and he changed it back to Kneitel. I'm speculating maybe Abner had the same experience........

Thanks to Ginny for her input and correcting some Fleischer family misinformation.
Posted by Bob Jaques at 3:50 PM 2 comments: