The Book Behind the Cartoon?? 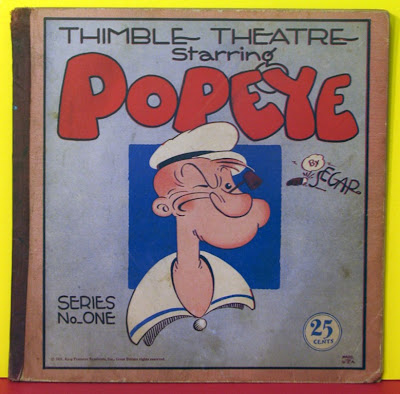 Every so often I see this book pop up on ebay. It was strangely familiar - then I made the connection. An altered version of it was used in 'Adventures of Popeye' - the first, to my knowledge, 'cheater' cartoon made up of clips from older Popeye cartoons. Could this book have been the inspiration for making that cartoon?? 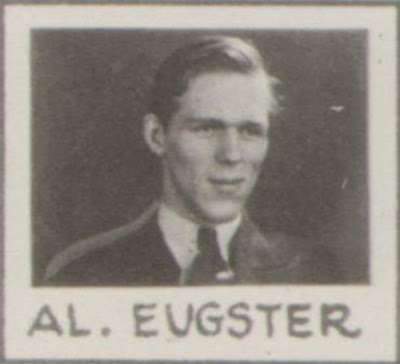 Al was one of those rare individuals who kept a ledger of his animation work - unfortunately there are no particulars of what he animated, just titles with the month and year noted. Below is a cut-in from Al's ledger showing 5 Popeye titles - the top three he was credited as head animator/de facto director, the bottom two he was an uncredited animator.

Like many of his colleagues at the time, Al drew comic book stories - an example of his work below. Unfortunately this is the best image I have - it was grabbed off of ebay and published in Cryin' Lion #1. If anyone out there in the blogosphere has a copy and cares to share, I would love to see the rest of the story. 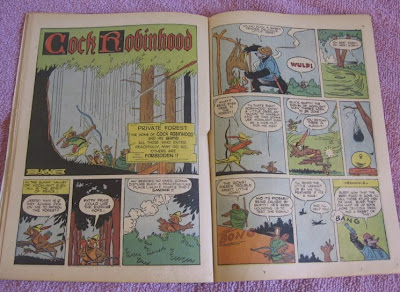 Click on image to enlarge
Posted by Bob Jaques at 5:25 AM 3 comments: