It’s been quite a while since my last post (just over 3 years). I was cleaning out my computer and came upon the draft for this post and decided it was worth finishing. So without further ado -

Somehow, by divine providence, stars aligning, whatever, an animator is perfectly cast to animate a section of cartoon. In that regard, one of my favourite bits is the end of ‘She-Sick Sailors’ (released in 1944). It’s a prime example of superb animation by premier Popeye animator John Gentilella (AKA Johnny Gent). Everything works for me in this part of the cartoon, primarily because of his work.

The scene just prior to that - ‘It’s an eagle, it’s a rocket, it’s a meteor’ - sets up a rhythm to the chain of events that follow. Each successive shot of Popeye’s actions builds in intensity as do the objects flying through the air (eagle - parting trees, rocket - blowing boulder, meteor - punching the train). There’s a feeling of build and release throughout Gent’s section - and it took his animation to make it powerful and exciting to watch. In hands of another animator, the end of ’She-Sick Sailors' may have been mediocre. 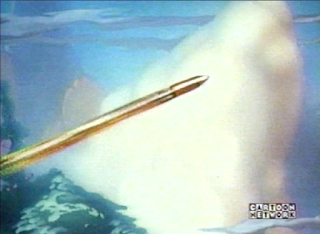 This is a brilliant bit of staging - Popeye parts the trees as a performer would a curtain, revealing himself to Bluto and Olive as the spinach transformed super sailor. 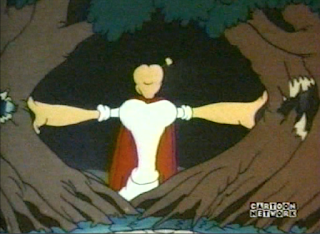 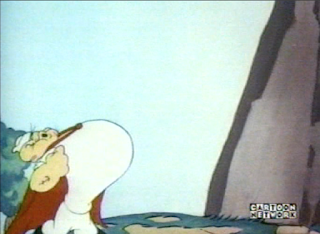 Popeye releases the air/power from his body transferring it into the oncoming boulder. 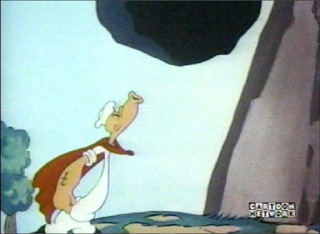 The boulder spinning in place is a form of anticipation, building up power to bowl down Bluto. There’s a feeling of weight to it, setting up the sensation that the boulder can do some real damage. 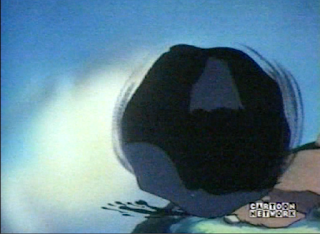 Another big anticipation before a burst of power. 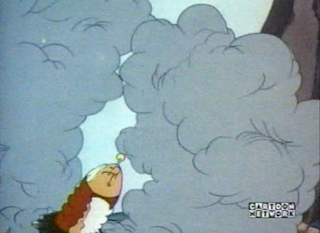 As Popeye rockets to rescue Olive he animates through the cut creating a flow from scene to scene in one big arc that we don’t see between the cut, but feel because the exit and entry points are relative to each other. 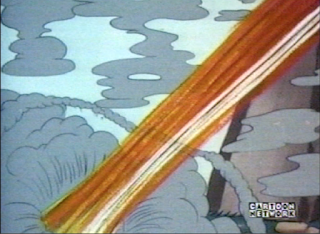 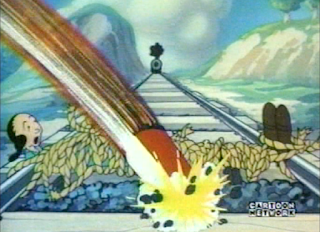 An average animator might anticipate a punch going straight into the action whereas Gent chose to animate Popeye’s fist winding up, giving it a feeling of increasing power as he moves into the pose. 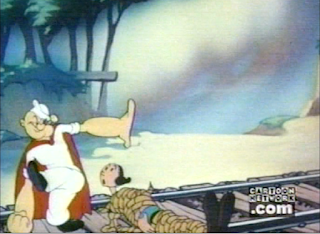 The power in the pose. Johnny Gent composed many of his action poses within in a triangle shape - that shape being the most dynamic. 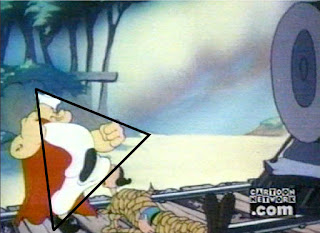 My only criticism here is that the anticipation of the train is too long before it drops and telegraphs its collapse. The action might have been funnier had the anticipation been shortened to a frame or two, or had no anticipation at all preceding the action. Comedy timing was a big problem with the Famous Studio cartoons - the anticipations for reactions were typically too bloated. This is painfully evident in the Casper the Friendly Ghost cartoons where the reactions were intended to be funny and ruined by too much animation. But that’s a discussion for another time…

Amendment to the above papagraph regarding Thad's comment below. By 'anticipation of the train', I don't mean the pause before the collapse. I'm referring to the action that happens just prior to the collapse - the train moving slightly upward. 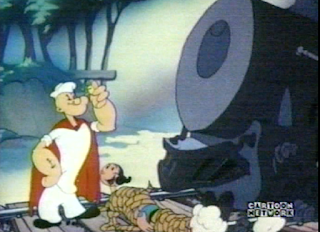