The drawing of Popeye on this Swedish release theatrical poster looks familiar... 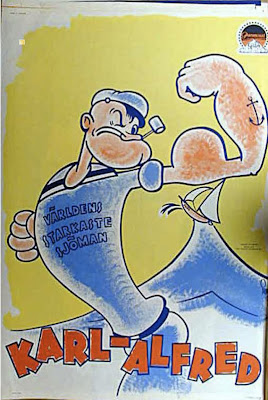 That's because it's almost an exact copy of one below drawn by Dave Tendlar for 'Beware of Barnacle Bill'. (1935) I wonder if it was made specifically for the aforementioned cartoon. Could that be the cartoon's title on 'Karl-Alfred's' chest?? Anyone out there read Swedish?? 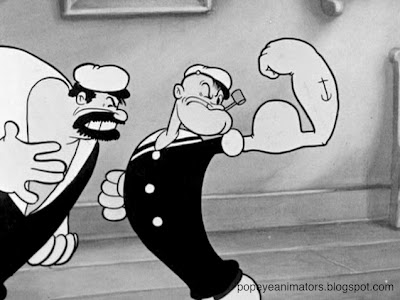 Cartoon logic is a unique aspect of animation in the way that our minds are able to connect improbable actions and things that could never take place in real life. One of my favorite bits of cause and effect cartoon logic is a sequence of events that happen to Bluto in the Famous Studio Popeye cartoon 'Too Weak To Work'. (1943)

For those who have not seen the cartoon, here's a short preamble: Bluto feigns sickness to get out of doing work on the battleship and ends up in the hospital. Popeye catches Bluto in his sham, and after setting his mouth ablaze, gives chase to Bluto through the hospital. The following chain of events start when Bluto runs into a steam room to escape from Popeye.

Here's some cartoon logic and cartoon physics at work -
Popeye shuts Bluto in a steam room and Bluto shrinks. Take away mass. 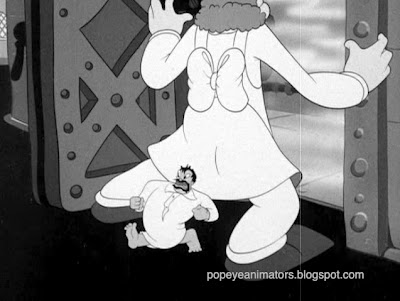 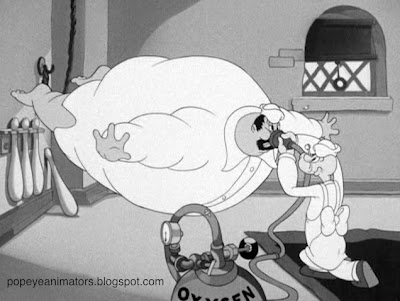 Animation by Ben Solomon
Bluto has a mishap with a rain cloud and his inflated body is burst like a balloon by lightning - his deflated body falls to Earth. Take away mass. 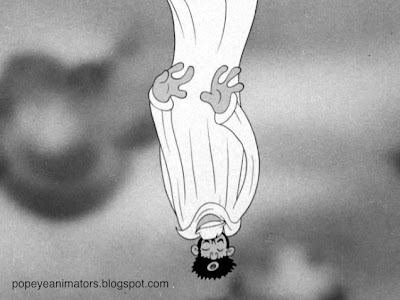 Animation by Abner Kneitel
A husk that needs to be filled + the need to get Bluto back to work…. 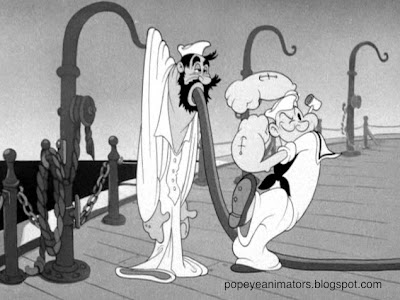 Animation by Jim Tyer
… calls for Popeye to pump Bluto full of spinach. Only an industrial sized can will fill the space left by the escaped air. Add mass + strength. 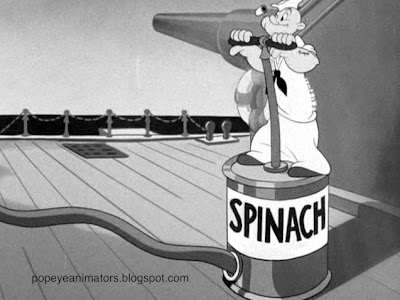 Animation by Jim Tyer
Bluto, full and powered = ready to work. It all makes sense. 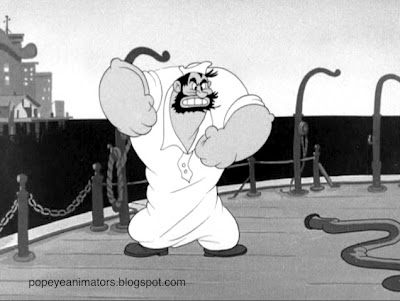