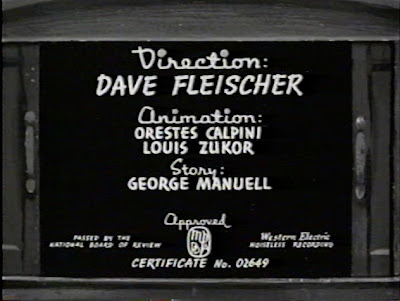 The most information I could find about Louis Zukor was in an animation union newsletter obituary on him.

'LOU ZUKOR died on March 16, 2004 at the age of ninety. From 1930 until his retirement in 1984 he worked for Romer Grey, Mintz, Screen Gems, Iwerks, Lantz, Fleischer, Famous, Hanna-Barbera, Animation Associates and Filmation.

We have lost an icon of the animation industry. Lou was a close friend of mine. He was a veteran who went from the days of Gulliver's Travels and Mr. Bug Goes To Town, to more recent TV cartoons such as Archie and He-Man. Lou aslo worked on hundreds of TV commercials, and on titles for The Carol Burnett Show, The Sonny and Cher Show and others. Lou was a producer of a cartoon called Q. T. Hush, that showed on the Sheriff John TV show in the late 'sixties. Producing, animating, directing, painting backgrounds ... Lou did it all.'


I assume that Zukor made the trek to New York in 1938 to work on Gulliver's Travel's and continued on working for the Famous Studio until sometime in 1946. His work at the Fleischers was primarily for Orestes Calpini's crew and when the switchover was made to Famous, he animated primarily for Graham Place's crew. 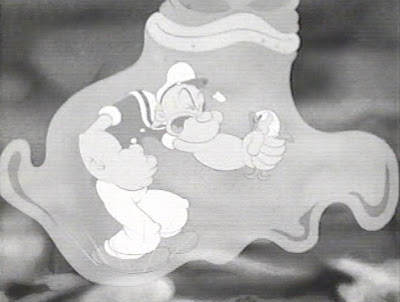 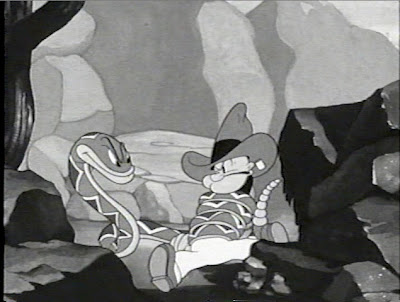 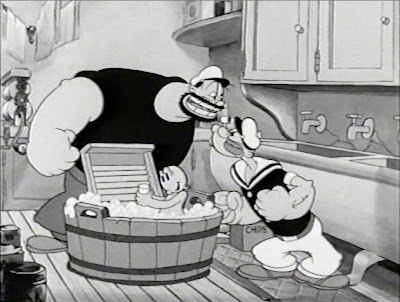 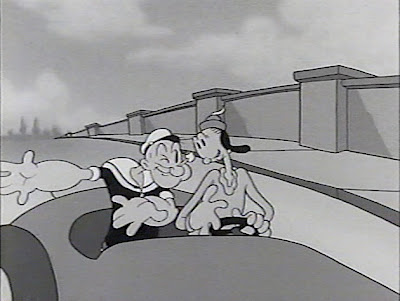 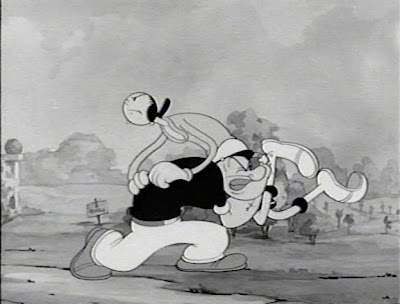 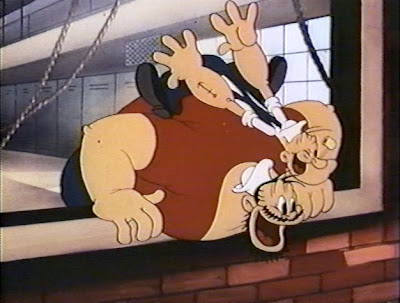 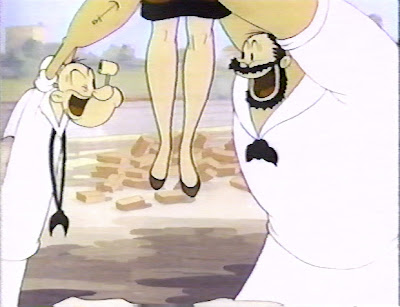 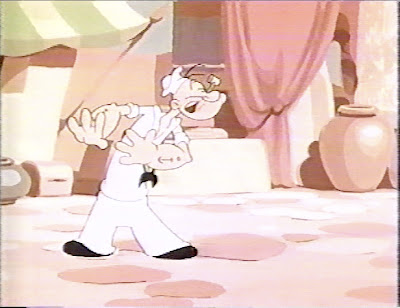 i really like mr. j's drawing style. it's too bad there's not more info on him.

did milton stein do any work on popeye? if so, i hope you'll do a post on him soon!

I think it's interesting how much of the late-1930s style character designs were still being done at Famous, at least through the mid 1940s. The house style seems to have been "streamlined" a bit around 1937, adding flexibility to Popeye, Olive Oyl, and Bluto so far as animation goes.

But I am noticing more and more of THAT style in color Famous cartoons, as opposed to the white-around-the-pupil style that the Fleischers apparently bequeathed to Famous. (I have aleays thought that this design was done by Famous, but YouTube has 1942's "Kickin' The Conga Around", credited to Max and Dave, and Popeye has whites-and-pupils eyes, and he alternates between them with both eyes open in at least one shot. The only later addition missing is teeth - Fleischers was apparently still adhering to the old "no teeth - show gums" model.)

Calpini's unit in the 1940-41 period really liked to round off and hunch down their characters, as if they were suffering from the early stages of osteoporosis (Tendlar's unit also used this style at the start of "Olive's Boithday Presenk"). Very loose and rubbery, and also a little off-model, in almost a more constrained, Jim Tyer sort of way, though that may have been to problems finding good in-betweeners in Miami.

Does anyone know if Zukor animated the scene in "Mess Production" where the Famous Studios prettier version of Olive Oyl makes her debut?